The Miracle of Life

Yesterday my youngest turned 6.  He is a “laat lametjie”  – came into our lives 14 years after the brother he follows.  As I have been preparing to celebrate and counting down the number of ‘sleeps’ to his birthday I was taken back 6 years ago to the time of his birth.  I realise again that though our journeys into and through life are not always easy, many miracles and blessings happen along the way – every day. 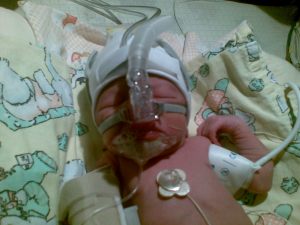 I was an ‘older mum’ – in my mid forties, and so from the moment I knew I was pregnant, I knew that it might not be an easy journey.  And there were challenges on many levels – my age, I had pre-eclampsia (high blood pressure…), the challenge of the unexpected pregnancy, a husband in shock, a daughter in Matric, and son just starting high school, etc.  Quite early into the pregnancy I decided that I needed to do something creative to carry me through this time – to be my soft place to land.  One Tuesday night, as I drove my daughter home from choir, Balu Nivison, whom I had sent a one sentence email saying a mutual friend said we should meet, called me and invited me to join her ‘Moving Arts’ course that was beginning the next day.  I started a 12 week process of movement and reflection and art that ended in a friendship that I treasure.  At some point in the 12 weeks, I could not dance because my blood pressure was high but I continued with the art, writing, reflection and support within the group because it  gave me a deep sense of peace.  At the end of the course I knew I had the strength and peace of mind to handle anything.

A few weeks later, about 7 weeks before the baby was to be born I woke up with a strange, pain around my stomach – a ‘belt of pain’.  It was not a contraction – just a slow, steady, dull pain – more in the background than anything.  At first I thought it was just muscles stretching but it continued.  After no change in two days I decided I would go in to my Gynae just to make sure all was well.  I called Agnisia, my friend and ‘sister from another mother’ to drive me in.  After the check up he decided that I should be admitted for observation.  The ward said they would have a bed at two so she took me home to pack my suitcase and prepare myself.

I called my husband and sent out a few sms’s to let my daughter and son and a few other people know what was happening, ate lunch, and returned to the hospital.  This time Mr. B, a pensioner who drove the kids to and from school, dropped me at the reception.  I walked in and started to fill in the admission forms, feeling  so alone and wishing there was someone with me.  And as I finished, I turned around to see my friend Veronica walking towards me.  It was like seeing an Angel!  She sat with me while the nurses hooked me up to machines – foetal monitor, blood pressure machine, the funny thing they put on your finger to measure oxygen (or something) – and pricked and prodded me.  A steady comforting presence.

A little while later my Gynae, Jannerman, came in.  He checked a few things, while a nurse held my arm and pricked, and watched the blood, and pricked again…  She looked at the Dr and said, “No. ….”(I cant remember what else).  Jannerman stood at the foot of my bed and said, “Philippa, we are going to have to operate now. The baby is in distress, and your platelets are dropping.  We are just waiting for the blood from Tygerberg and then we will go on.”  I did not fully understand the seriousness of what he was saying but I knew something was wrong.  I had had an emergency cesear before and I knew they were doing this to save my life and if possible the baby.    I just said, ” I was sort of expecting this.”  He cleared his throat again and said, “And I am not going to be able to keep my promise to you.  I can’t do an epidural, we need to put you to sleep and work as fast as we can.  And I am probably not going to make a bikini line incision either but I will try to make it as neat as possible.”  At that point I decided this was not the time to ask many questions.  I had to prepare myself for the operation.  I gave him a half-smile and said, “I guess you have to do what you must.”

I was disappointed that he could not keep his promise – that he would make sure that I was awake to welcome this my very last child into the world.  I had been completely under for the delivery of my first two children – the first an emergency caesar, the second an epidural gone wrong.  I wanted to be awake to welcome this last one into the world.  Now it was not to be.  I breathed in thought, “God, if this is what you want, then let it all go well.”  What I thankfully did not realise at the time was that my pre-eclampsia had evolved into HELLP SYNDROME.  The dropping platelets meant that my red blood cells were breaking down and my blood was slowly losing its ability to clot.   There was a strong likelihood that I could bleed to death, or have stroke.   (For more info go to http://www.preeclampsia.org/health-information/hellp-syndrome)

It was around this point that my husband arrived at the hospital.  We spoke for a bit, and then left to get dressed to come into the theatre with me.  He walked me into the theatre and then said he was going to wash his hands. (What he actually did was go and sit in the waiting room which was better for the doctors doing the procedure.  They did not need the added pressure of a colleague watching them operate on his wife and child – especially under such difficult circumstances. Again I am glad that I did not know.)

I woke up hours later to see my son, daughter and husband in the room with the news that I had had a little boy and he was fine.  One of the nurses sent a message to all the people on my phone to let them know (sorry for those who did not know me that well). I was groggy with pain drugs for quite a while.

The next morning I woke up with a feeling as if I had just been through a very difficult time.  There was a different quality to the air and light. That day, or the next, I got up and went slowly to the neo-natal ICU  to see my baby – I needed to know how he was.  He was small – weighing I.7kg.  As I held him and breast-fed him the Peadiatrician came by, and as she left she told a colleague that Chris was her miracle baby.  I asked, “Why is she saying that?  There are much smaller babies in here.”  That is when nurse told me that she was in the theatre when Chris was born.  He was blue and did not move – 1/10 on the AGPAR score.  They resuscitated him, and on the second measure he was a 7/10.  (http://kidshealth.org/parent/pregnancy_center/q_a/apgar.html)  They gave him oxygen for the first 24 hours, but did not need to intubate him.  He was a miracle.

3 days after his birth I wrote this prayer and put in his cot in the ICU:

Prayer for Christopher – from Mom.

as he begins his life

May he dance to the

sound of Your voice

and be drawn forward

by the beauty of

May he be cradled

in Your heart, Oh Lord

and protected by the

My prayer was answered.  Today he is a tall, strong, loving, talkative boy with a great imagination.  I am grateful to all those who supported us, all those who cared, prayed, and took care of my family.

Looking back I realise how important it is to have a great support system, and how important it is to know what you need to do to take care of yourself, and to prepare yourself for lifes challenges.  For me creativity, friendship and prayer are very important – and these things gave me the resources to support the miracle that was Chris. 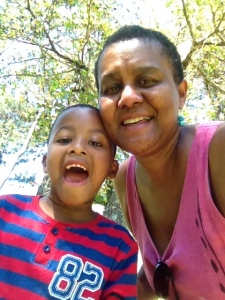