Telling African Stories Part One: ‘A Man of Good Hope’

Last night I went to watch a stong and beautifully sang performance based on the book.”A Man of Good Hope”. I was excited to watch an African story, told by an African cast (although the writer and director are not African) because this is the time. On the weekend I had watched ‘Mbuzeni’ by Koleka Putuma. A beautiful piece performed by 4 incredibly talented actresses. Although I do not understand isiXhosa, I got the gist of the story, and the audience was riveted. The story was a sad one, but there was a lot of humour, and love, and care in the story and the telling of it. So different from the stories the media tells. So I went with hope and great expectation.

The piece opens with a beautiful overture played by a marimba orchestra. The cast members are also the orchestra and they move seamlessly between their roles. The story is complex, and right from the start they give context. They introduce the main character and his family lineage which is important in Somali, and many other African cultures. And then go on to give a brief history of Africa – very creatively giving context – and then back to the young man’s story.Throughout it all they sing. The first time the full chorus sings their voices soar and we were washed in this rich and beautiful harmony. Their voices are strong. The soloists too are wonderful. And they narrate the story with conviction.

As the story unfolded I started to feel a little uncomfortable. The main character is Somali. He is Moslem. It is his story. And yet most of the songs, at important moments in his story, were in South African languages, mainly isiXhosa. And the dancing very South African. This did not sit well with me.It perpetuated the belief that Africa is a country, and that we all speak and sing ‘African’! It pointed to an artistic laziness – or South African arrogance – or maybe an African resignation to not being represented in all our fullness. With such a large Somali community in Cape Town, in South Africa; with the internet and the ease of getting things from other cultures something of the Somali culture should have been integrated into the musical score. It should have been a strong and central motif. Especially since, in the scene where they tell the story of the scramble for Africa, they represent the British with very ‘english’ singing, and in the story of the Russian occupation of Ethiopia the Russians are represented with ‘russian-style’ dancing and marching. How can we know so much about Europe, and not try to do the same about our own?

The story of the xenophobia, and the juxtaposing of the Somali shopkeepers with the beliefs of the South Africans was done very powerfully, and created a beautiful way to begin conversations around xenophobia. What might have been missing was the voices of those South Africans who helped the foreigners.

At the end of the show I wanted to cry because … if I stripped away the beauty of the music and the dance  and the strong acting – I felt cheated. This is supposed to be the story of resilience and hope. As a storyteller I felt that the story was incomplete – the pain was amplified, told and retold like the media does and not sufficiently balanced with what gave this man hope, what made him so resilient, what stopped him from running mad because anybody else would have. I think it was the  piece in the second half, with the character Death that really destroyed the rest of the story. It was not necessary. We understood. I did give a standing ovation for the performance because the music, the SINGING,  the conviction of the artists was strong, but I wanted to cry.

As an audience member I was distraught. As an African I was angry, pained, that a story that is potentially so rich, which could have been told in a more nuanced way, focused on what the media would. Some of the audience said that this is because I AM NOT THE INTENDED AUDIENCE. That the story is told highlighting what the audiences in England and Europe – where the play is going – expect and respond to: pain, gore, and a disinterest in which language is used, because at least the cast speak ‘African’. And the music covers everything else. REALLY?!!!!!

I woke up this morning with these questions: What gave him hope? Why do we tell African stories like that, when we know that is not the whole picture? What is our intention when we are telling these stories? What do we want to achieve? Why do we tell the story we think the West wants to hear, instead of telling OUR story? Are we not the first audience?

A perspective on Book Dash, March 2016 – thanks Nancy.

Lucky enough to have witnessed the recent BOOK DASH at the Centre for the Book in Cape Town, where in just one day, a whole bunch of ‘creatives’ wrote, illustrated, edited, designed and produced no fewer than 12 uniquely African storybooks for children – thought I’d share some of the moments…..
The Writers Circle 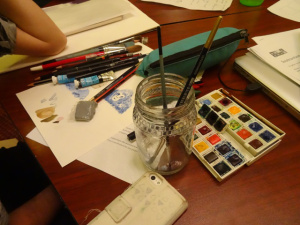 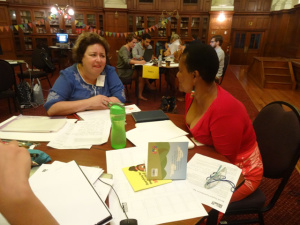 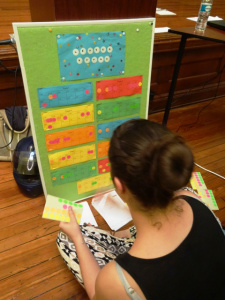 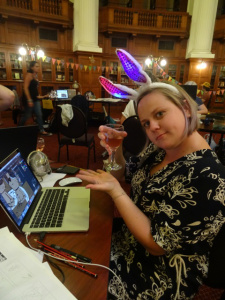 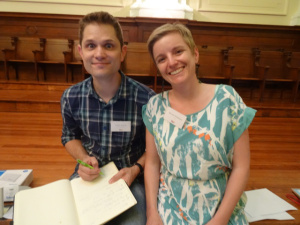 Great work guys! Loved it xx
There will be more Book Dashes – elsewhere in the country, soon. But for all the info, check their site: bookdash.org