The Story Cafe @ WOMAN ZONE
sessions held in August at the Women’s
Library during the Artscape Women’s Festival were terrific.

A very big thank you to everyone who attended!

Such was the success that we’ve decided to do more.
Once every two months – starting with
WRITING HOME on Saturday 17 September from 2pm to 4pm 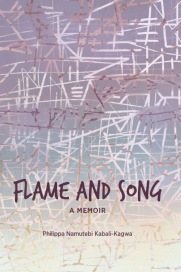 The Open Mic session will be launched by Rwandan born Epiphanie Mokasano sharing her experience of ‘writing home’.

Then it’s over to you – anyone who would like to share their words about ‘home’, written or spoken, will be so welcome.

Philippa Namutebi Kabali-Kagwa is a Ugandan/South African poet, storyteller, coach and facilitator. Youngest daughter of Ugandan poet and civil servant, the late Henry Barlow, while she is most commonly called Philippa, she always signs Namutebi at the end of her poems. “Namutebi is the creative side of me. She is the one who writes.” She has a passion for folktales and myths – the wisdom of centuries, the tried and tested imagery, the archetypal characters that give new perspective to the perennial questions that we struggle with.”

Dierdre Prins-Solani is South African born culture, heritage and education consultant who has served with many organisations both locally and internationally.

Epiphanie Mukasano is originally from Rwanda where she used to be a teacher. Living in Cape Town with her husband and children for the last eighteen years, she writes poems and short stories that have been published in various collections. Her own collection of poems titled Kilimanjaro on my lap was published in 2010. A number of her short stories have been published on the FunDza site.

Rita Foy is a businesswoman from Tanzania and founder of The Meeting Point specialising in East African food and hospitality.
Copyright © *Woman Zone 2016 All rights reserved.
info@womanzonect.co.za or hipzone@mweb.co.za

Posted in Uncategorized. Bookmark the permalink.

I am a facilitator, coach and storyteller/storyfacilitator, and use story, song, art and dialogue to facilitate change and development in individuals and organisations. Over the years I have become aware of how I have used stories to make sense of my life - and of the ways in which we all use story, consciously and unconsciously. Stories - myths, folktales and personal stories - are used to teach, to bind, to questions, to hold ambiguities, to explore, to hold up a different picture, to bring together and also to hold back, to suppress, divide and destroy. With this understanding I have built story into my work. I use it to make conscious the stories people and organisations tell themselves that either support or hinder their growth. I use them as an opening, an invitation to begin to speak about the difficult things - to name 'the elephant' in the room. I use them as an invitation to people to dream of possibilities - and I also teach people to tell and to listen to stories because without a listener there is no story. I was born in Uganda and lived there until I was in my early teens. Since then have lived in various parts of East and Southern Africa - and have been involved in development work in Namibia, South Africa, Uganda and the UK. I have also coached clients in South Africa, Namibia, the UK, Belgium, Israel and USA.
View all posts by Philippa Namutebi Kabali-Kagwa »
← Stories invite stories
Storytelling performance – February 2017 →